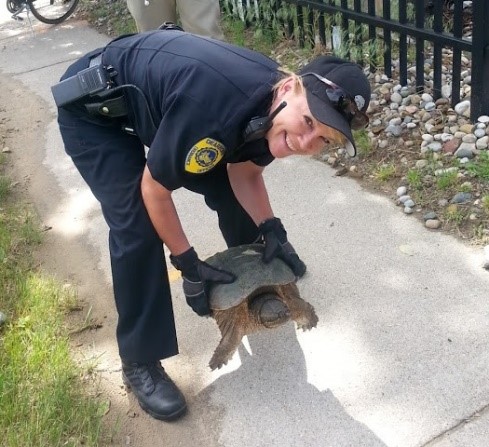 ness licensing regulations, as well as to enforce animal control regulations to ensure a high level of public safety. Specific areas of responsibility and activities include: investigating animal cruelty and bite complaints, patrolling city streets and neighborhoods for stray or deceased animals, and addressing nuisance wildlife concerns. Animal Control Officers continue to work closely with the Friends for Animals of Metro Detroit to return lost pets, resulting in 46 lost cats and dogs being returned to their owners in FY2020.

If you are bitten by an animal, domestic or wild, call Dearborn Police immediately and seek medical attention. The animal must be located and quarantined or tested. Be prepared to give authorities all of the information about the incident, including a description of the animal. It is vital to determine if the animal has contracted rabies.

Stray or lost pets should be reported to the Friends for Animals of Metro Detroit at 313-943-2697 or their web site.