Several performances will take the stage at Dearborn’s annual Homecoming Festival, which returns for its 41st year on August 5-7 after a two-year hiatus.

Main Stage performances include: Steve Augeri, former lead vocalist of Journey; Bluffett-Tribute to Jimmy Buffett that will play all of the classic songs made famous by Margaritaville’s own; and award-winning country music artist Randy Houser. All performances are free.

On Friday, Aug. 5, the band Bluffett – Tribute to Jimmy Buffett, begins at 6 p.m. Bluffett has been touring and performing Jimmy Buffett’s catalogue of music for more than 20 years and is considered one of the premier tribute bands of the genre. Bluffett takes on the atmosphere of a genuine Buffett concert, from audience participation and the enjoyment and energy that goes with a true Margaritaville vibe.

On Saturday, Aug 6, Steve Augeri, former lead vocalist of Journey, will take to the main stage at 8:45 p.m. Steve Augeri. Since 1973, Journey has sold nearly 90 million albums worldwide and cemented their reputation as one of America’s most beloved and accomplished Rock & Roll bands in history. In 1998, Steve Augeri debuted on the seven-times platinum Armageddon soundtrack continuing the legacy as the Super-Group’s lead vocalist. For nearly a decade Steve recorded three albums and performed on multiple world tours to millions of adoring fans. Known for his soaring vocals, gritty tenor and powerful stage presence, Steve Augeri brings his signature blend of rock and soul into every event, singing the songs that made Journey famous.

The festival concludes on Sunday, featuring a Main Stage performance at 8:30 p.m. by award-winning county music artist Randy Houser. Houser racked up three consecutive No. 1 hits and more than four million in singles sales to date with his Stoney Creek Records album, How Country Feels. He topped the charts with the title track, “Runnin' Outta Moonlight” and “Goodnight Kiss” also his first No. 1 as a songwriter, and earned critical acclaim for his powerful delivery of the Top 5 smash and CMA Song of the Year-nominated “Like A Cowboy.” Houser added a fourth No. 1 to his catalogue with “We Went” from his 2016 album, Fired Up. Following 2019’s critically acclaimed Magnolia, Houser’s “Note To Self,” is available now, with more new music on the horizon in 2022.

Finally, the festival will light up the sky with Dearborn’s best fireworks at 10 p.m. on both Saturday and Sunday nights. 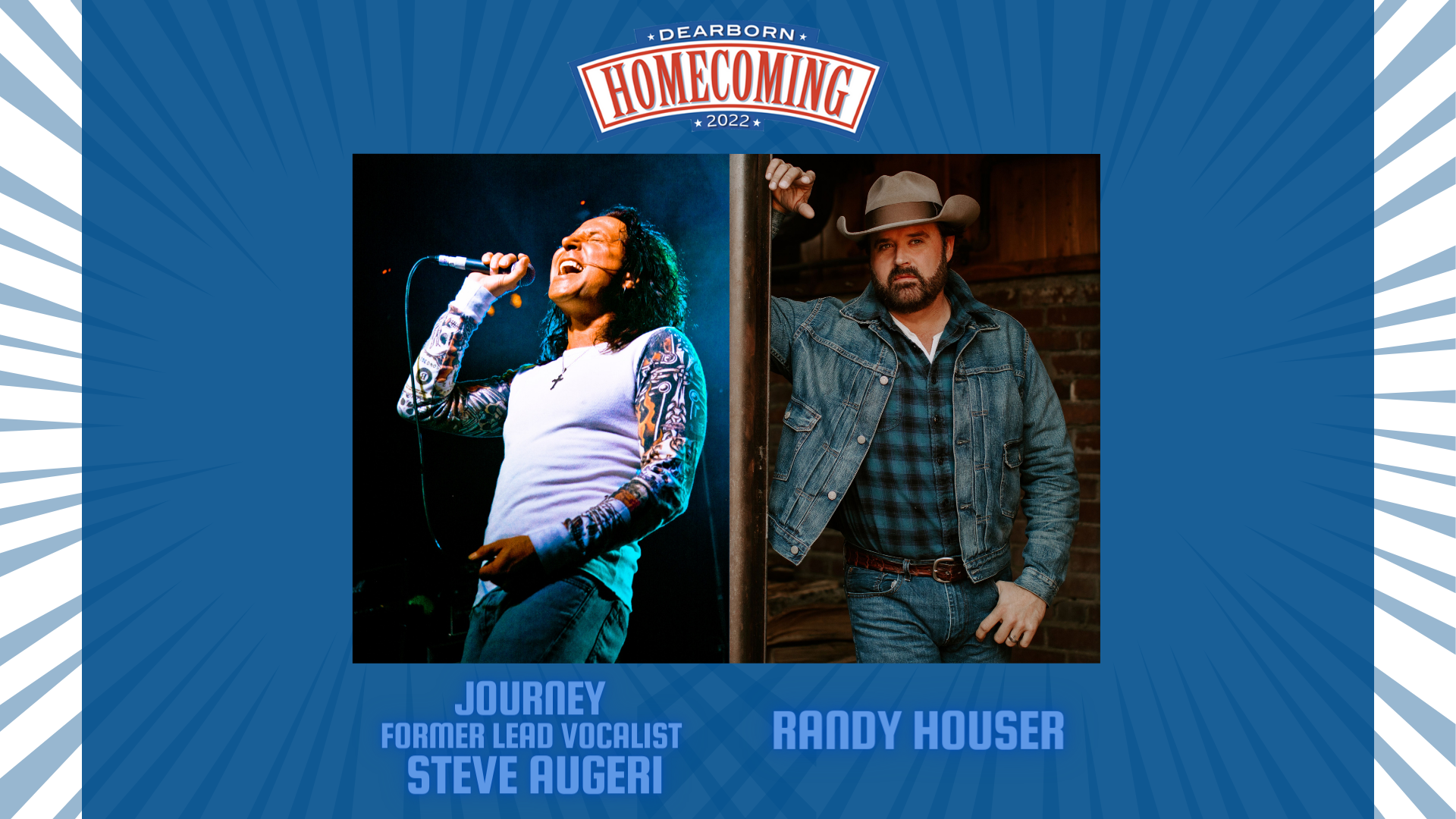