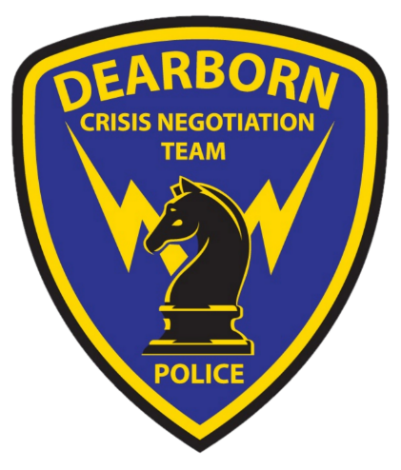 The Crisis Negotiation Team consists of 16 members of the department with a wide array of experience. Team members are carefully chosen based on their maturity, experience, verbal communication skills, and proven ability to function well under stressful conditions.
The goal of the CNT is to safely resolve critical incidents through communication, while minimizing unnecessary risk to all involved. Crisis Negotiation Team members participate in, and conduct training scenarios involving role players in an array of crisis/critical situations where the team’s specialized equipment is used. 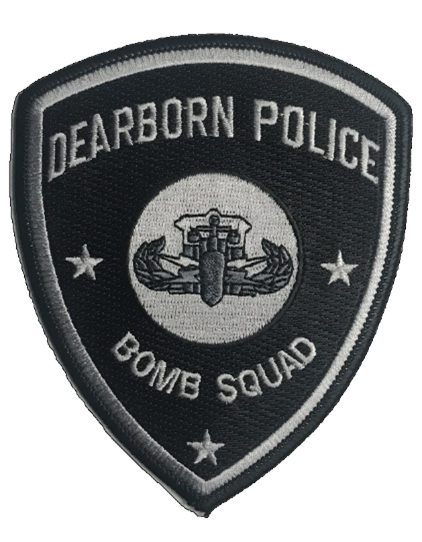 The Bomb Squad, also referred to as the Explosive Ordnance Disposal Unit (EOD), has a mission of protecting the general public, police personnel and property during incidents involving explosives and incendiary materials or devices. The squad is equipped and staffed to handle any explosive mitigation situation that might be encountered.
The Dearborn Police Department is one of only a few municipal police departments in the state to have a fully operational EOD. The squad is also trained in Explosive Entry, Explosive Demolition and Handling, Special Event Security, Post Blast Investigation, and Suspicious Item Response.
The Bomb Squad is supported by the Federal Bureau of Investigation (FBI) and the Bureau of Alcohol, Tobacco, Firearms and Explosives (ATF) with Special Agent Bomb Technicians (SABT), assigned to the squads in Michigan as a direct link to federal assets. All Bomb Technicians are taught at the National FBI Hazardous Devices School. Through our federal partnership, our Bomb Squad is supported by the Air Force Reserve’s Explosive Ordinance Disposal Unit, located at Grissom Air Force Base (Indiana), and is available to respond for particularly serious incidents.
The Bomb Squad continues its regionalization efforts towards a comprehensive explosive mitigation response agreement throughout Wayne County. Currently, the Bomb Squad is available to assist anywhere in Wayne County if called upon. The team has completed several training sessions with the City of Detroit, Metro Airport, the City of Flint, MSP, Border Patrol, Downriver and Western Wayne SWAT, the Dearborn SWAT Team, and TSA as it continues its commitment to regional preparedness.

In 2020, the Dearborn Police Department created the Small Unmanned Aircraft Systems (sUAS) Team. The sUAS team consists of Officers who are licensed through the FAA for flying small unmanned aircraft systems (sUAS). The officers assigned to the team have successfully passed training and demonstrated proficiency flying a federal registered sUAS in a wide variety of conditions.
The sUAS has the capabilities to assist other units in the department by establishing visual contact in high stress incidents which helps keep our officers safe. The sUAS can also be used to assist personnel on the ground for search and rescue, tracking, large area searches and photographing of large incident scenes. 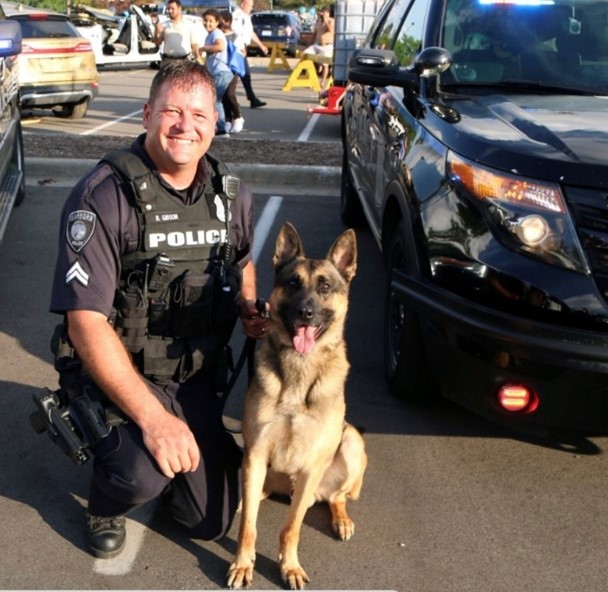